Surf camps in Panama are very scarce in comparison to countries like Costa Rica. You just need to type in google "surf camp" and Costa Rica will be on top of many. You can find the most surf camps at Bocas del Toro and Santa Catalina areas of Panama. Anywhere else from these mentioned areas will have surf camps but not in bulk.

I will mention the most common surf camps in Panama.

Venao Cove:  This is a surf camp located right in front of Playa Venao Panama. The 4 room accommodation offers 2 private rooms for $45 or communal rooms with 8 single beds for $12 per night. 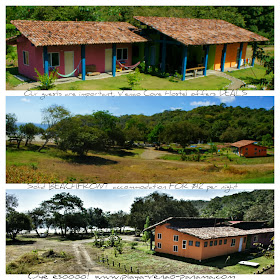 Riomar Surf Camp: This surf camp is owned by Capt. Alan Barnes. A former Panama Canal tugboat captain and long boarder surfer. His surf camp was founded about 6 years ago and now days counts with swimming pool, cement quarter pipe, a gazebo with TV and hammocks and decent rooms with AC and private bathrooms. Its not a Sheraton but works good enough.

Surfer's Paradise (Santa Catalina): Surfers paradise surf camp is owned by Diego Salgado and his family (Italo, Roseli and brothers). Diego has been a Panama national surf champion a few years ago and actually grew up in Santa Catalina doing what he loves (surf). His surf camp offers decent fan rooms overlooking the main break at Santa Catalina. There is also a communal kitchen with a cook who will offer meals at certain times of the day. I would recommend the next surf camp in Santa Catalina for begginers as this surf camps is on a hill with no sand and heavy waves. 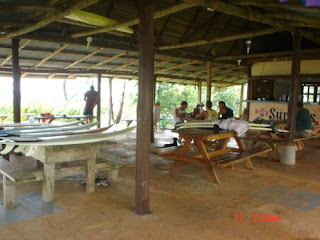 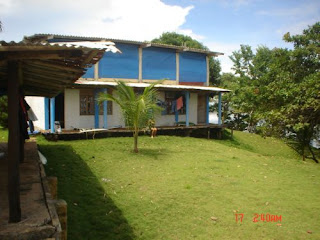 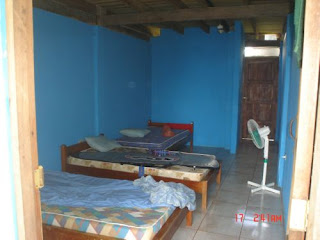 Oasis Surf Camp (Santa Catalina): Oasis surf camp in Santa Catalina is owned David and his sister who both are excellent hosts. Even tho both are surfers they tend to hold them selves and keep working. You can see them running up and down all day. The Camp offers fan rooms or AC rooms on a sandy beach called el Estero. This beach is great for beginners or even experienced surfers who are tired of getting pounded at the main break. The rooms are triple and have a hammock on the outside. Furthermore, they also offer great Italian food at their gazebo. This dinning area has a big screen TV with DVD player, surf videos, hammocks, magazines and a good vibe. Food will be served fresh and in large portions which is worth paying the $4 per meal. You will not regret staying here. I forgot to mention they also have internet and phone now days. In case you have a limited budget this surf camp offers great camping facilities with outer showers and great sandy shadow areas. 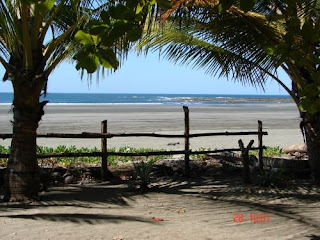 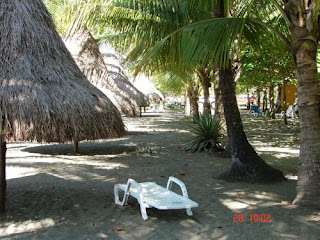 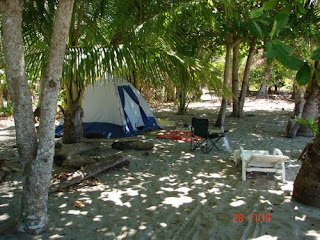 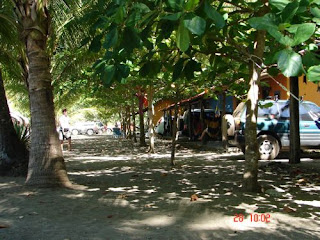 Morro Negrito Surf Camp (Chiriqui): I have personally not been there yet. Its in my TO DO list. But in any case the comments I have heard are good about the waves and not the best about the camp. Since they are the only ones in that area then you must suck it up. According to their website they charge $600 per week including transfers, meals and lodging. Not bad when you have 3 size breaks at a few steps from a room with a fan, food and friends don't it? 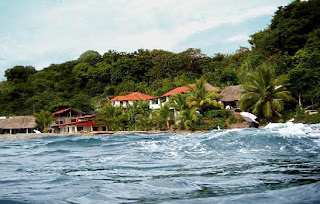 Tierra Verde (Bocas del Toro): You can find this surf camp at Carenero Island of Bocas del Toro. This surf camps is owned by Cookie and Ivan Evans. They are both from my native city Colon City and have been surfer friends for a while. Their camp is located right on the beach front area with their own dock and boat. This surf camp is made out of wood at a 100% and includes continental breakfast in their rates. Its only a few minutes walk from a sick left surf break called like the island Carenero. All rooms have AC, the surf camp also offers high speed internet, phone and bar. 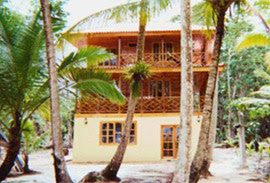 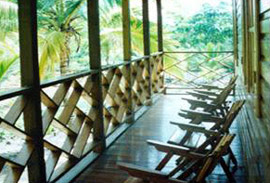 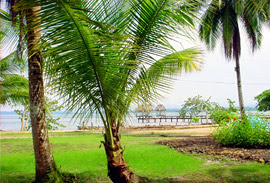 Sistermoon (Isla Grande): Overlooking the surf break at Isla Grande you will find the sister moon hotel owned by Betzabe. This is a hard access surf camp as its on a rocky area or a boat access area by using the channel. Most people tend to not like it beacause it limits the access to town at night. It is obvious that most people on such a trip might want to have a few drinks and its just too riski to walk out there at night without eating sh@$R! Most rooms at this surf camp are independent and have distance in between each other. Most if not all have views to the break and waves. In my opinion is a bit pricey for what the lodge is, but the location is just perfect for surfers. What else do you need when your room is just over looking at the rights and lefts on a crystal clear surf break? This place has a pool table (a bit old), a swimming pool overlooking the break, a restaurant, a bar, fan rooms, small showers. 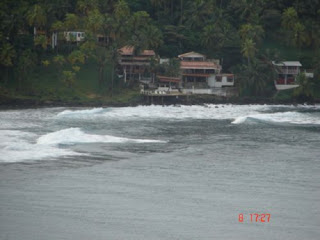 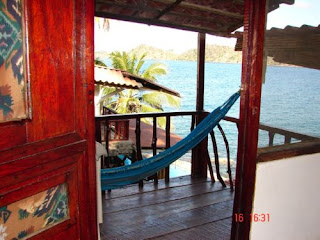 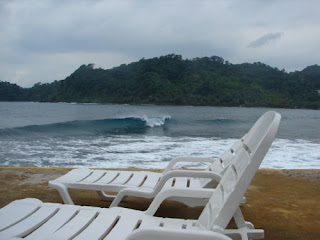 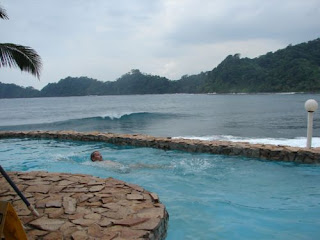 Please note that I am only mentioning accommodations made for surfers by surfers.